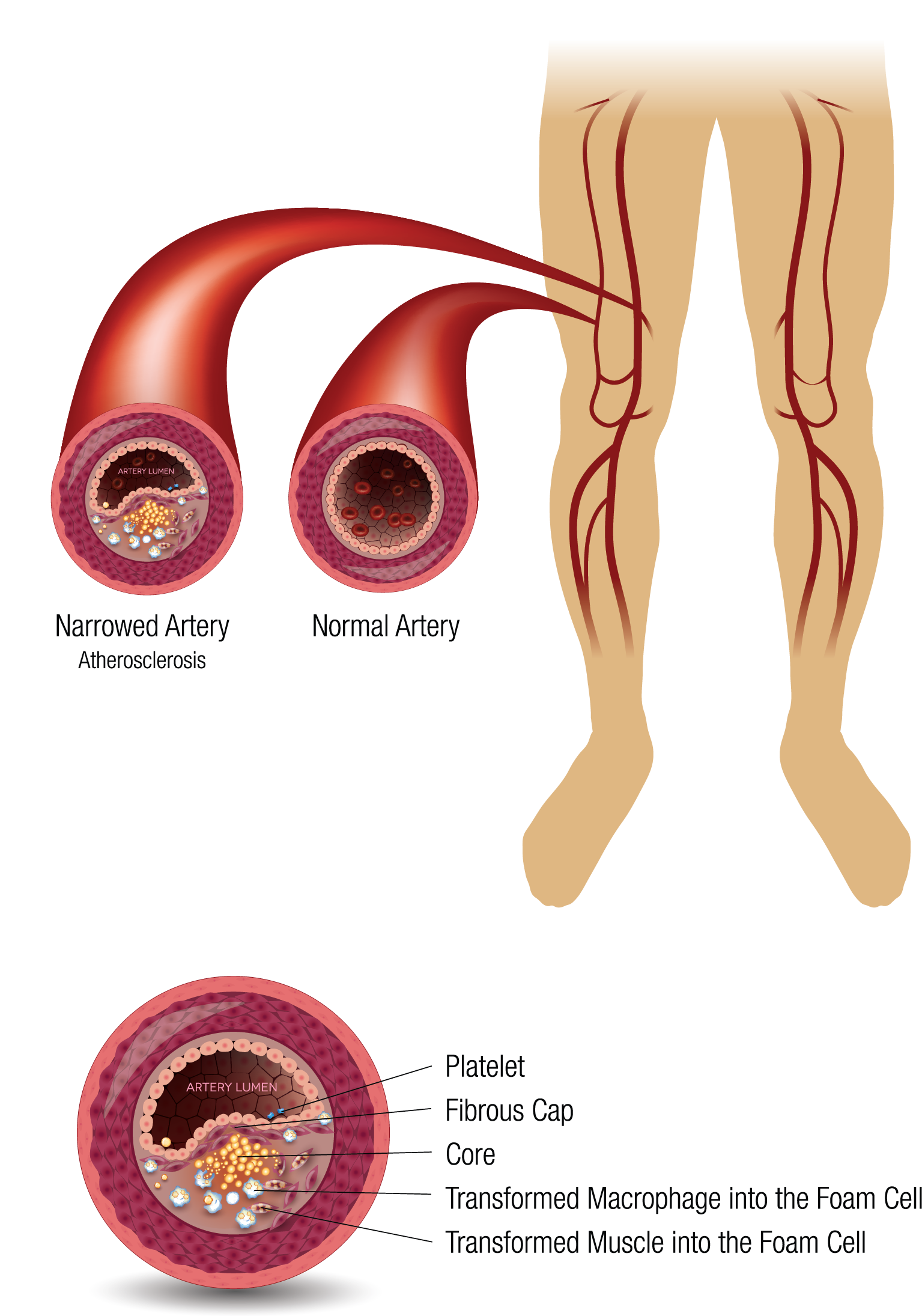 Peripheral vascular disease (PVD) is the constriction of blood vessels (arteries and veins) primarily in the legs. Over time, reduced vascular blood flow may lead to conditions such as claudication, critical limb ischemia and venous insufficiency. PVD is a widespread and growing disorder driven by risk factors such as increasing age, smoking, diabetes, high blood pressure and high cholesterol. Peripheral arterial disease (PAD), a subset of PVD, is the third leading cause of atherosclerotic morbidity, following coronary artery disease and stroke. It affects more than 200 million people worldwide, including about 15-20 million in the United States.1

Patients with symptomatic PVD have higher mortality rate than other common conditions such as breast cancer, Hodgkin’s Disease and prostate cancer.2 In addition, the effects of PAD have far greater deleterious impact on patients’ physical health than congestive heart failure.3 Annual hospitalization costs for patients with PAD exceed $21 billion in the U.S. alone.4

Current treatment options for peripheral vascular disease may include medical therapy, interventional procedures (using devices such as balloons and stents), bypass surgery and amputation. Interventional procedures are less invasive, but the medium- to long-term outcomes are not reliable. For patients treated with balloons, about half require a secondary procedure within six months of their first intervention. Patients treated with stents have a slightly reduced risk of having to undergo additional interventions, but a stent is a permanent metal implant that may cause complications later in the patient’s life. For patients with the most advanced form of PAD known as critical limb ischemia, 20% die within six months of their initial treatment, while 35% survive with an amputation.5